Brazil has historical issues with violence, since colonial invasion and exploitation, slavery and military governments until today’s issues. Currently, Brazil is experiencing a moment of radical change with growth of wealth and higher level of influence in the World, but people in Brazil have been suffering drastic development consequences, particularly with the upcoming years for the major sports events. Some of these issues were discussed on 28th May 2013, during the 23rd Session of the UN Human Rights Council in Geneva, and later published on the World Report in January 2014.

Topics included illegal and forceful removal of whole communities, leaving hundreds of thousands of people in the 12 capitals homeless, families without compensation or support enough to be relocated; freedom of expression; destruction of cultural heritage with refurbishment of historical buildings with no regulations; suppression of the rights of students and the elderly particularly what is to deal with the rise of transport fares; police abuse committed in the name of security; gender and sexual violence; rural violent cases including the indigenous situation and land disputes, confronting Military Era issues, labour rights and poor working conditions.

With the economic boom and high inflation, in June 2013, more than 1 million people over 322 cities and 22 capitals went to the streets in Brazil, and for a country that illiteracy can reach 21%, this was one of the largest popular manifestations in Brazil’s history. However protests started because of transportation issues, the large movement gave space to expressions against corruption, high inflation, poor public education, health and infra-structure, the excessive government spending for the 2014 World Cup and the Olympic Games in 2016. Hundreds of people were hurt by police abuse of power and several arrested. Jail conditions are shocking with critical overcrowding, poor sanitation and the police abuses.

Brazilian government is very concerned about the country’s international image and FIFA about protests during the World Cup, so much that £475 million security operation plan will bring 170,000 troops police and security staff to the streets. Although Brazil is the mecca of football, the major event has lost popularity and the country is apprehensive about how it will be managed.

The country has become an important voice on the international discussions about Human Rights on the last few years, however it must deal with its internal challenges and create programmes to control the situation, respecting people rights beyond economic instability and international image concerns.

Images in this exhibition are from artists and photojournalists from Brazil and present a mix of topics highlighted at the United Nations’ World Report dated January 2014. http://www.hrw.org/world-report/2014/country-chapters/brazil

MANIFEST-ACTION aims to illustrate the reality of a country that fights for its rights.

* Please contact ab@braziliarty.org to obtain any image to be used for press

This documentary was made in October and November 2012 and follows Bright Flower, the matriarch of an indigenous family of Guarani-Kaiowá shamans living in the Reserve of Dourados, MS, Brazil. For over 40 years, the fsmily has suffered the consequences of contact bombing of an asphalt plant, exploring a sacred stone in the territory of the village.

Filmed in late 2013 and early 2014, this documentary looks at growth of resistance of the Munduruku tribe against the threat of the mass construction of a series of damns in the Tapajós River inside the Amazon forest, planned by the Brazilian Government.

Between 2011 and 2014, the documentary investigated the changes in Rio de Janeiro on behalf of mega-events: UPPs in favelas, forced evictions, privatisation of public spaces and popular uprisings.

This is a crowd-funded project that investigates the use of public resources for the World Cup and how the Brazilian communities have been heavily affected by evictions and heavily armed militia presence. There are interviews from UFRJ professors and politicians and specialists on the hottest topic of the year. The full-length documentary is being launched on the 9th June 2014 in Brazil.

The debate will be mediated by journalist and Brazilian foreign correspondent for the past 40 years, also a presenter for two current affairs programmes at Globonews, Silio Boccanera and participants include:

Anthony Pereira graduated from the University of Sussex in 1982 with a BA in Politics and then in 1986 obtained an MA in Government from Harvard University. Pereira’s current work concerns citizenship, human rights, public security, and state coercion in Brazil. This includes a study of the performance of a relatively new human rights institution, the police ombudsman, in two different states in Brazil, as well as an analysis of some recent efforts to reform the police. Pereira has been a member of the Executive Committee of the Brazilian Studies Association (BRASA) and is an occasional commentator for BBC Brazil.

Curated by Alicia Bastos and production by Braziliarty

Alicia Bastos, MA, is a project manager, producer and curator specialised in Brazilian arts with 17 years of experience within the creative industries and events internationally. Alicia is founder and director of Braziliarty, a social enterprise created after the award-winning project Braziliality, a platform for promotion of Brazilian arts and culture abroad with a portfolio of 44 independent events produced between 2008 and 2014.

Many thanks to David Charles, and team at Amnesty International 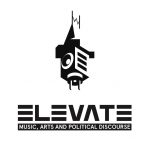