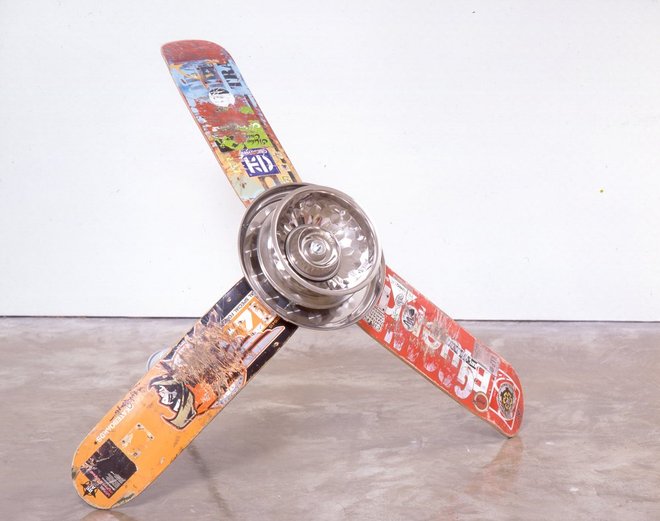 Catherine Petitgas is a highly influential Latin-American art collector, Trustee of the Whitechapel Gallery and former director of Alma Gallery. With her husband Franck Petitgas, they have been involved for years with Tate’s Latin American Acquisition Committee and as Trustees. Catherine, who studied at Courtauld Institute of Art in London, has recently also launched a book on Brazilian Contemporary Art together with the curator Kiki Mazzucchelli, the duo also curate projects at the Latin American Art fair Pinta.

Catherine waits for me in a stand in the fair with one of her artists for the Pinta Projects of this year, as I approached, she laughs at the fact that some people passing by, thought she was a gallerist, “I may well look line one sitting here”.

Catherine glows, dressed on vibrant colours and with a warm welcoming smile, invites me into her space. Watching her eyes smiling while talking passionately about art is already rewarding knowing that what she was going to tell me comes from not only an opinion maker, but a woman who is helping to shape Brazilian Art interest in the world.

How do you see the boom of Brazilian art in the international arts market?

There are two things that we can be probably separate; the first one being the renew of interest in the Brazilian Modernism; and the second one, the realisation of how influential this period of Brazilian art is and can be. Initially, with the Brazilian Modern masters during the 50’s, after the beginning São Paulo Biennial, the influence of Brazilian art collectors like Ciccillo Matarazzo and the founding of the Museum of Modern Art, created a great influence of European artists on Brazilian artists like Dominic McGill, like Mondrian, the American Edward Calvert. They play a great role of inspiring the Brazilian modern masters. What I think it is fascinating is how those Modern masters of Brazil have digested the lessons of modernity and how they have created a totally new experience that is now incredibly influential. Something in particular, for example, Helio Oiticica and his take on colours, the idea of the sensorial aspect of colour, not only visual but the immersive experience like ‘Penetrables’, that piece has a legacy that remains very powerful. Both Lygia Clark and Lygia Pape introduction to participative art, and this has been revisited in the late 90’s. The lessons of this period are felt now in contemporary creations, not only in Brazil but in the Western World. It is an important moment where the flow of exchange has been reversed from the centre to the peripheral, but the peripheral to the centres. There is a great interest in the Brazilian Modern masters, generating new exhibitions in large art institutions like Mira Schendel’s opening at the Tate Modern in September, Lygia Clark will have a major retrospective in 2014 at MOMA in New York, Cildo Meirelles at Tate has been an incredibly successful exhibition, Helio Oiticica was amazing too. There is a strong re-assessment of Brazilian Modern masters and to be more advanced, the perception of Contemporary Art. In terms of the contemporary creators of Brazil, there are still a lot to be discovered. There are perhaps ten names in focus for the international interests but even in that generation, the artists now around late 40’s, 50 years old, there are more artists that haven’t earned the respect they should have.

That generation was in a way privileged by the suppression of Brazilian art during dictatorial period. Because so many artists went on exile, they experimented an international art education and exchanged so much with international artists. That moment created a continuous dialogue where the world was discovering about Brazilian art. With the numbers of collectors in Brazil rising enormously during the dictatorial time, and the São Paulo Biennial having its challenges, Brazilian art lived a powerful time in communicating with the world, intensified by the pressures of the context. Brazilian artists have a lot to tell through their art. Luisa Strina has mentioned in an interview: Brazilian Artists don’t copy.

I don’t think Brazilian artists copy artwork, they digest it. They absorb what is going on, this Brazilian Anthropophagy continues somehow, there are some remarkable Brazilian artists living in London at the moment. And now, it is no longer a case of forced exile, but is a chosen and voluntary move. Many artists come to study and here they stay because this seems to give them an advantage point on their own national context resulting in the creation of really fascinating works. If you think of Alexandre da Cunha and his dialogue with Modernism, the way of putting Modern Masters’ pieces on toilet plungers, kitchen mops and beach towels, it is astonishing.

The fact that Brazilian artists stay abroad gives them the opportunity to communicate artistically on an international language level, and this can make Brazilian art more understandable, more accepted, overrunning a previous prejudice bringing more knowledge into the scene and working around their artistic identity. As soon as we leave our countries, we become their own identity much stronger, and in visual terms this can be enriching. We can have a Brazilian artwork with an international flair, still looking Brazilian somehow, not in the stereotypic way.

One of the concepts of Brazilian art and culture that I find very endearing is the concept of ‘gambiarra’ a Brazilian typical way of improvising. I lived in developing countries, growing up in Africa, knowing what is to make things with little resources and the need to be resourceful. Some Brazilian artists have used this concept tremendously such as Alexandre da Cunha, who mostly loves the corner of social ‘gambiarra’. However I think if you apply ‘gambiarra’ living in Brazil, maybe it becomes a bit too exotic craft-like than if you live in Europe or US.

This fact is driven by audience’s interests, there is an appetite to everything Brazilian at the moment because of its success story. If you look into Art Basel Miami, for example in 2011, there were fifteen Brazilian galleries, last year they had something like fourteen Brazilian galleries overpassing the number of nly 4 Mexican galleries. This is a huge contingency because there is an interest definitely, also a constant presence of the major Brazilian Galleries, and younger ones coming more frequently. The fact that established galleries like Max Wigram is representing Luiz Zerbini, one of my favourite artists in Brazil from Rio, I chosen his work to be on the cover of my book. 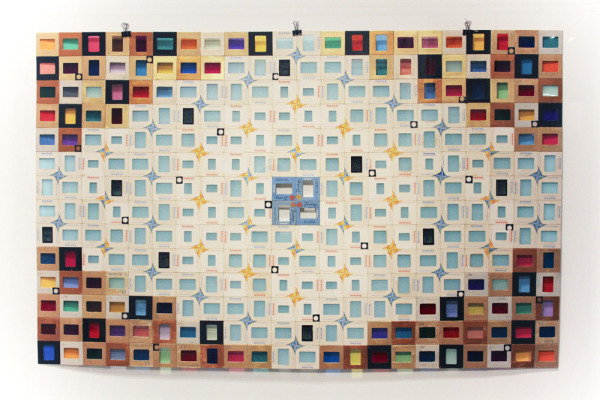 I went to the Max Wigram stand and asked them why they are managing Brazilian artists and how the experience has been:

“ We work with Brazilian artists because they are amazing, we have been with Luiz for the last two years and we have had great results, not only for our catalogue of artists but for the interest in our business. We have recently started working with Ximena Garrido-Lecca too”- says James Fox Sales Director of Max Wigram.

How much a collection strategy can rely on curators and how much of the market value can drive your choices?

I think its naïve to think I can ignore the financial implications of having a collection because sometimes we deal with large sums of money and we must know that their art piece is not going to vanish, even if it is a work that I love having. I am always aware of the level of prices and I do homework to be informed but this is not generally what drives the collection. We have a focus and I try not to be too narrow but creating a Latin-American art collection, has a similar aesthetic of this fair. We have a lot of geometric abstraction and perhaps this comes more from the automatism going into surrealism, like a mathematical formula. There is the notion of uncanny present in my buys, and our collection is mostly urban, using concepts born out of urban living in objects and paintings, going from Utopia to Surrealism. I have a secret passion to collect Surrealism, what doesn’t affect the Brazilian side of the collection, but I have works by Andre Breton, Leonard Carrington and even Duchamp. I don’t really take on advice by curators, because I am informed going to a lot of fairs and exhibitions, and with my friends, some curators and artists, we have an ongoing dialogue sharing information, I recommend things to them and vice-versa.

Your involvement with large arts institutions is very valuable to influence with your specialist knowledge, bringing new artists into important players of the art scene. With the high competition for their attention, how do you evaluate the entrance of Brazilian art in these organisations?

Yesterday at Pinta, we had a wonderful presentation by Ivana Blaswick, the Director of the Whitechapel Gallery and she choose to talk about the history of the Whitechapel Latin-American art exhibitions and how they were pioneers exhibiting Helio Oiticica‘s show in 1969. The artist was living in UK and working with Signals Gallery when they shut, so Whitechapel invited him to show the work he was preparing. Since then, there is an interest for Brazilian Art especially because of the Modernism. You also need to understand that in this country Modernism and Abstraction is not necessarily a focus in the arts scene interests.

What do you think it can be done to support the emerging Brazilian art market?

It would be good to engage large institutions on a small scale, on that sense, Tate is pioneering in a programme that I have funded called Level 2 Gallery, today called Project Space, where we have 70m2 of space curated by Assistant Curators of Tate and it works in a programme of exchange residency between the curator of the Tate and a smaller institution in a different country. This enables Tate to deal with an emerging organisation on a similar level, changing a patronizing charitable behavior of bringing poor artists from developing countries, but to engage with a dialogue where the curators can benefit from the knowledge of both institutions. They both agree on an exhibition showed in the Tate and in the country. This is a very powerful and interesting exchange, as curators exchanges to bring showcase new talents together with larger organizations.

Catherine Petitgas and Hossein Amirsadeghi’s  book Contemporary Art Brazil is available online and on the best bookshops including Tate’s.